CASA History -  For in depth descriptions of the history of missions to Rwanda link to: http://www.chrisalanforeman.com/missionary/20trips.htm ​Just four years after the genocide, Dr. Kim Foreman, a professor of instructional technology at San Francisco State University, visited Rwanda for the first time.  In 2001 she persuaded her pastor husband Chris to accompany her for a second visit. They found that the Spirit of God was blazing like a wildfire across East Africa and their hearts were captured. Over the next decade they returned once or twice every year. As they made friends and established continuing relationships with trusted indigenous pastors,
ministers, and university students.  They saw a great need at the National University of Rwanda in Butare; Rwanda’s second city in the south.

The needs of Africa seem overwhelming. God has called many to minister to the poor and the sick and outcasts on the continent. But what the Foreman’s saw was a need to reach the future leaders in Africa.
They discerned a core problem throughout Africa as being “bad governance”; political, business, and tribal leaders who covet power as a means of personal gain; who lead corrupt and immoral lives. Billions of dollars in well-intended aid have flowed into such countries as the Congo and Somalia. Yet the social symptoms of bad governance continue and even worsen. Money is not a solution to what ails Africa.
Perhaps because of the severe trauma of the genocide, Rwanda seemed especially open to God’s answers to their intractable problems. The Foremans saw a hope that Rwandans could create a Rwanda free of foreign aid. In Rwanda there is only one national university. Nearly all of the future leaders of Rwanda will pass through it. The University was also one of the centers of the racist Hutu ideology that triggered the genocide. Rather than focusing solely on the suffering children, they saw another long term hope for Africa. A hope to save widows and children by preventing a future genocide. Several of the local pastors that they had grown to love had ongoing ministries to the university. They found many college students asking questions about the Bible and very open to Christian answers to their country’s problems. 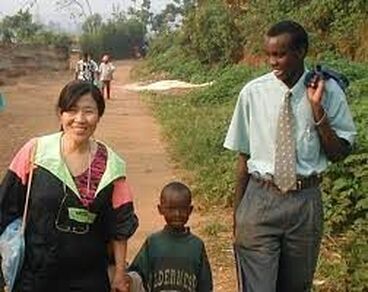 ​So in 2005 the Foremans formed Come & See Africa (CASA) in order to further fan the flames at the university. They rented a house a short walk from the university to be their headquarters for ministry teams from America and as a year round Christian student center. In 2008 the Foremans decided to help CASR buy an vacant lot and to build a university ministry center of its own. The property was once occupied by the house of the president of Rwanda during the 100 days of the genocide in 1994. He had been on the university faculty prior to his ascension to the presidency. God chose to redeem this plot of land from the hate of the genocide to the goal of preventing future genocides through planting the love of God deep in the hearts of the university students. Over the next year, the foundation was dug and the plans were made. However, when the great recession hit in 2009, the progress on the building slowed considerably. Except a Seed Die

By 2010 the student conference was deferred to focus on the building. But its progress continued to slow. Its success was put into God’s hands. God however sometimes moves His hands in most unexpected ways. On the last day of July 2010 Chris and Kim had just completed nearly two solid weeks of ministry. The executive director of CASR, Frank Murenzi (Nkusi), was to drive them the three hours to Kigali, the capital. Frank was a university student when Chris first met him in 2001 and had been leading their campus ministry for seven years.

But for Chris, this was an extremely difficult time. His grief was overwhelming and the blame was focused on the one whom he had considered his “African son”; the driver, Frank. Rwanda is a country where peaceful neighbors rose up and murdered their friends. It took a few months, but Chris agreed that he too must find it in his heart of forgive Frank for the negligence that cost him his wife. He needed to restore Frank to his ministry. ​Such was the testimony that was required for both Rwanda and for Chris to heal. Chris’ pilgrimage to forgiveness was published in Guidepost Magazine in November, 2013.  In 2015, Chris published a book about his experience entitled: “Forgive Like a Rwandan” It can be obtained at this link: forgivelikearwandan.com
When forgiveness was forthcoming and Frank was reinstated, contributions began to flow in to complete the building. It was now to house the Joy of God Bible Institute. It is named for Joy of God that beamed on Kim’s face whenever she ministered in Rwanda. In 2018 the program's name was changed to the CASR Bible Center.  Within a year the entire vision of the building was growing. The CASR board found that the local government was very interested in encouraging their project. It suggested that they include businesses at the site. Soon the building was reconfigured into what is now called “the Lighthouse Ministry Center”.

A Lighthouse to Lead Out of a Dark Night

The Lighthouse is now one of the larger buildings in Huye (as Butare was renamed in 2012). In 2015, it was opened for international ministry teams to rent out hotel and conference rooms. The goal is for the businesses within the ministry center to make CASR self-sufficient. It would require no American funds to carry on its ministries to all of south Rwanda. Lighthouse Ministry Center
On the ground floor it houses the “CASR Bible Center”. This educational section houses several classrooms and a library. It is used as the CASA house was in the past; as a Christian Student Center to train university students. The Center is also used to train local pastors to allow them to receive the certificates that the government now requires of them. The top floor houses the beautiful conference center with a spectacular view.  This venue has hosted  the annual graduations of the university students from the CASR Bible Center.  Many of these graduates have indeed become leaders in the Rwandan business community and in the government.  Quite a few have become pastors, using their income from their secular positions to support their pastoral ministries.  This venue has hosted many local and international Christian ministries for conferences in support of the south Rwandan church and the Christian university students.  It hosted the annual international East Africa Christian Student Apologetics Conferences from 2013-2022.  These conferences ministered to from 80 to 120 Christian university students and pastors from Rwanda, Uganda, Burundi, the Congo, Tanzania, Kenya, and south Rwanda.  International and African teachers ministered with an emphasis on grounding these future leaders in the "faith once given" and warning of unbalanced and unorthodox teachings. 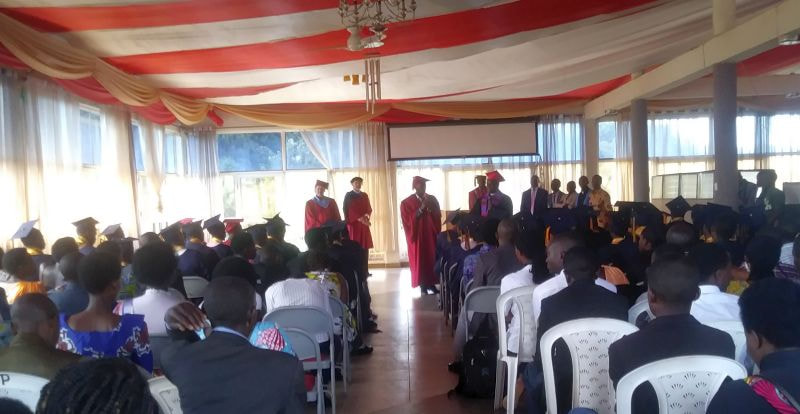 In order to be self-sufficient, the Lighthouse Ministry Center also houses three road-side shops, a 20 room hotel, a gym, and a sauna.  CASA continued to facilitate and sponsor mission teams from throughout the world until 2019.  Progress was being made towards self-sufficiency.  However the COVID pandemic and worldwide quarantine and restrictions caused the cancellation of all the teams scheduled in 2020 and 2021.  It also caused a severe contraction in Rwanda's rapidly growing economy.  The goal of self-sufficiency is still waiting on the Lord's timing.  Donations to CASR through CASA would be a great blessing during this season of decreased income.
2020 was also a year of transition for CASA.  The pandemic and quarantines were extremely challenging years to navigate.  During those years CASA made the decision to pivot its primary mission.  CASA will continue to be open to assisting short-term mission teams minister in south Rwanda.  However, our primary mission will be to assist Christian universities in partnering with CASR to place missionary interns at the Lighthouse.  CASR and the Lighthouse will provide support for university faculty and students to provide real-world experience on the wide open mission field of south Rwanda.   In 2022, Fuller Theological Seminary in Pasadena, California ( https://www.fuller.edu/ ) completed an agreement with CASA to place their students for practicum training at the LIghthouse over the next five years.
Also in 2022, CASA partnered with another ministry, Adventurous Apologetics ( https://www.facebook.com/adventurousapologetics/ ), to complete the 2022 Apologetics conference at the Lighthouse.  CASA hopes to continue this partnership for future Conferences for African university students and pastors.
If you are interested in more information on this ministry or wish to support it, contact Dr. Frank Foreman using the contact form